Why has NSW Health updated the Regs?

The NSW Government has this year strengthened the cooling tower regulations, prompted by the record number of Legionnaires’ disease cases attributed to cooling towers in 2016, which consisted of two separate outbreaks – one in March, another in May – resulting in 13 confirmed infections and one death. Within 2016, there were a total of 93 cases reported.

The high number of cases prompted NSW Health to form the Legionella Taskforce to formulate a new regulatory framework that would improve the management of Legionella risks associated with cooling tower systems.

Prior to this year, cooling tower owners were required to notify local councils of their cooling towers, but there was no legislation governing the reportage of their management or keeping registrations up to date in terms of ownership and maintenance.

These regulations now call for the registration of all cooling towers to the local authority, the monthly testing for and reporting of high bacteria levels in the water system, and the development of risk management plans for all cooling tower systems. 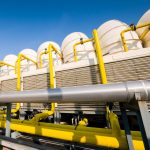 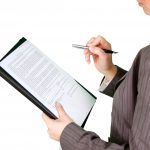 Next Story:
What you need to know – NSW Legionella Control Regulations

One Response to " Why has NSW Health updated the Regs? "